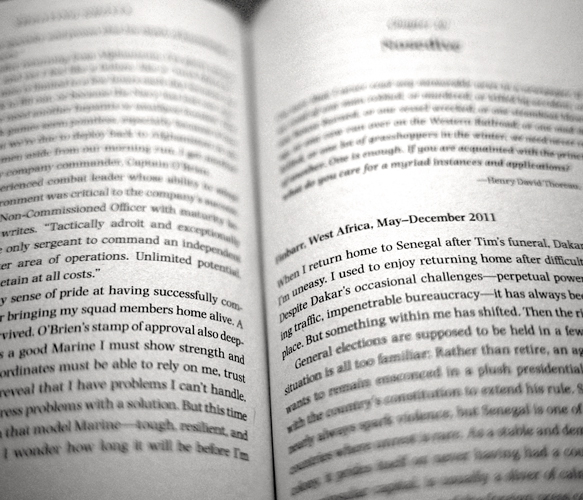 A US Marine, a combat photographer, and their journey back from war

„
The Israeli military psychologist Ben Shalit … concluded that experiencing combat reduces fear of death and injury. His study also suggested that the greatest psychological burden placed upon warriors is the fear of being unable to meet the obligations in combat – namely, the responsability towards fellow fighters. … was one of the most significant factors contributing to psychological injury and breakdown
…

„
The vanishing act photographers must perform in pursuit of their craft is captured by the american novelist Hanya Yanagihara in an essay for the New Yorker: If love belongs to a poet, and fear to the novelist, then loneliness belongs to the photographer, she writes. To be a photographer is to willingly enter the world of the lonely, because its an artistic exercise in invisibility. The person with the camera is not hiding but receding. … To practise this art requires first a commitment to self-erasure
„ 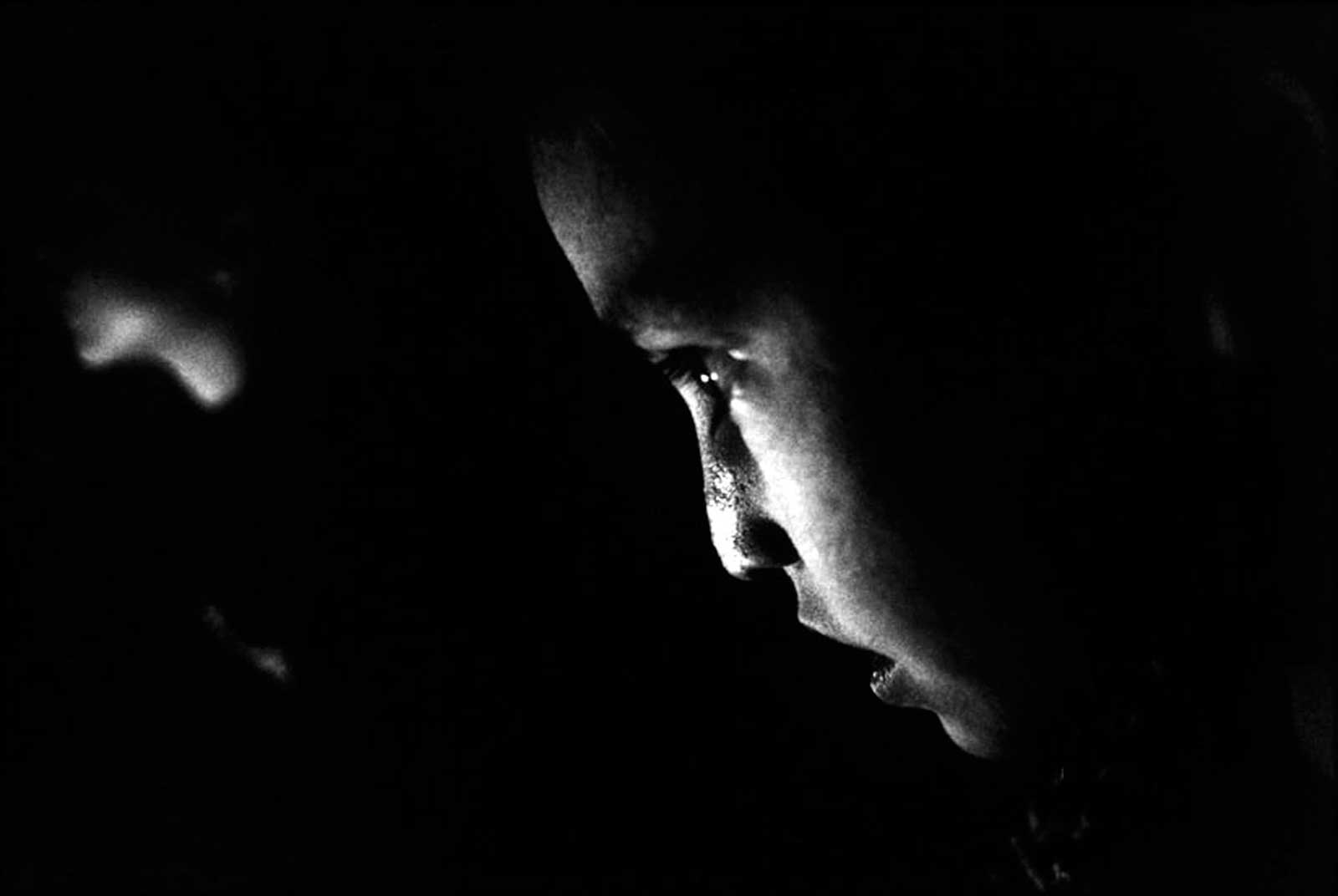