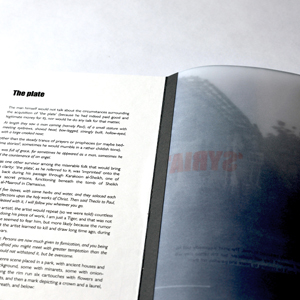 The man himself would not talk about the circumstances surrounding the acquisition of ‘the plate’ (because he had indeed paid good and legitimate money for it), nor would he do any talk for that matter,
At length they saw a man coming (namely Paul), of a small stature with meeting eyebrows, shaved head, bow- legged, strongly built, hollow-eyed, with a large crooked nose;
other than the steady trance of prayers or prophecies (or maybe bedtime stories?, sometimes he would mumble in a rather childish tone).
he was full of grace, for sometimes he appeared as a man, sometimes he had the countenance of an angel.
It was one other survivor among the miserable folk that would bring some clarity: ‘the plate’, as he referred to it, was ‘imprinted’ onto the man’s back during his passage through Karakoon al-Sheikh, one of Assad’s secret prisons, functioning beneath the tomb of Sheikh Hassan al-Maarouf in Damascus.
… 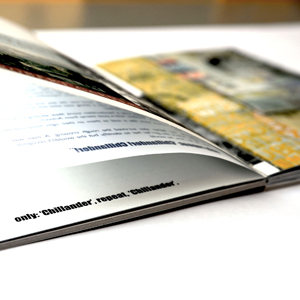 …
The postcard bears only a handwritten word, likely alluding to a verse from the Bible, ’Exodus”, and a post stamp from Antioch.
and the waters were like a wall to them on their right hand and on their left.…
Allegedly, her father also survived the rough crossing. A man was brought before the girl for her to identify, but she wouldn’t recognize him. As for him, he would only repeat: ‘Chillander! Chillander!¨ 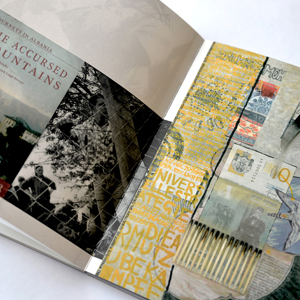 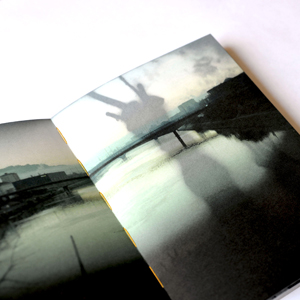 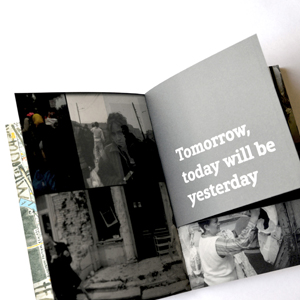 Tomorrow, today will be yesterday

To escape: a verb that brings to mind action, movement, speed, breathlessness. Yet, a great part of escaping is waiting, and perhaps it is this long stretch of waiting which is too unbearable on the body.
Escape also brings to mind night and the protection of darkness. But here they are in daylight; all too visible.
Life, noisily, goes on. Mothers breastfeed their babies to stop them from crying, children find ways to laugh in the minutiae of the earth, a stone, a snail, a tree to play hide and seek with; men and women chatter, argue, go silent, then sing: a song from their childhood, a tune that makes them feel like they know who they really are. At nightfall, timid fires lend the sky a comforting glow and summon the thought of lost bright cities. People kiss their loved ones and make promises to their children; they say goodnight with an unspoken hope for tomorrow.
*
Think of landscape. Think of how elements come to be attached to one another, how it’s impossible to separate the road from the field, the field from the tree, the tree from the water, the water from the sky. We cannot attribute natural features to the lines we design just as we cannot attribute natural causes to those dying as they try to cross them.
… 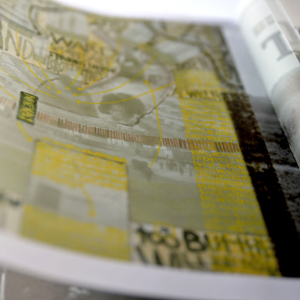 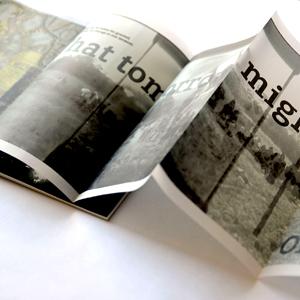 …
I could tell you a personal history: of how I am the child of refugees, of how, in a different time, a different context, with a different language and different codes, my mother and father, my grandparents, my uncles, my cousins, fled a war and various kinds difficulties. I could tell you how sure they were that they still had a future and that this is why I’m here, where I am now, writing in a shielded, bright cafe, which is warm and has a view. Only the sound of the wind through the cafe’s glass-paneled walls, and the sight of the sand swirling over the beach into a large cloud of mysterious shapes, remind me of what my parents taught me: that nothing can be taken for granted, that anything can change at any moment. That tomorrow I might need you. Or you. Or you. 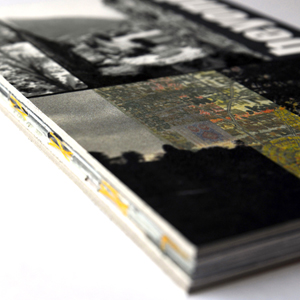