1
bitter harvest and every hand is needed now: the burmese army kill, rape, destroy fields and burn villages of the Karen in revenge for their support of the rebels 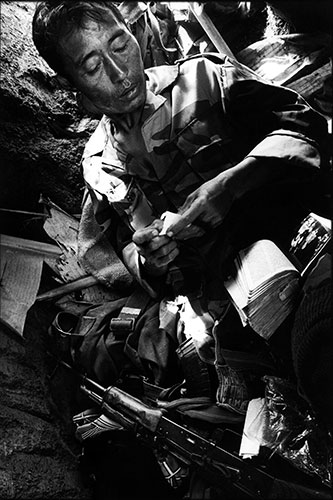 2
„O.M.A.“ belongs to special forces which were trained in guerilla warfare: he is fighting alone behind the frontlines to gather information and to kill as much burmese soldiers as possible 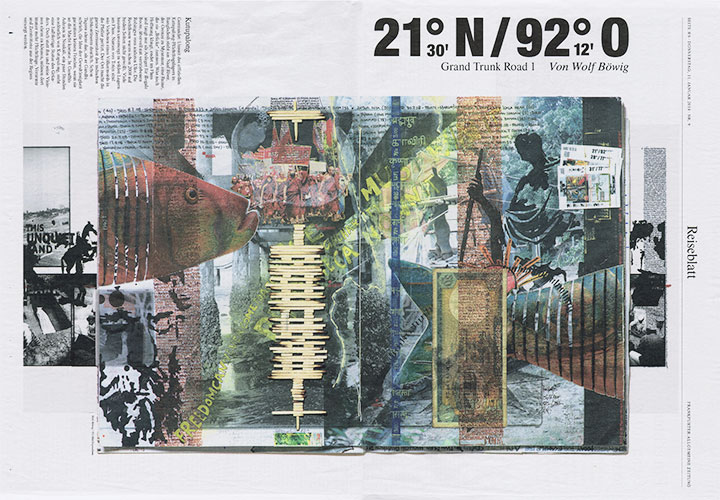 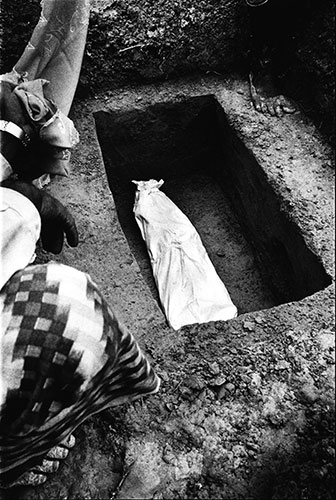 4
Kutupalong: it is an obscenity, this camp, a festering hell of lost hope and inhuman squalor. No water, power, schools or medicine. Occasional stoop-labor jobs carrying bricks or making salt. Huts made of leaves and branches. There is no music…
The worst conditions you could imagine anywhere on earth: this family fled the burmese Soldateska and reached Bangladesh after a long odyssey. But its to late for their youngest daughter, the exhausted four-year-old girl died because of malnutrition 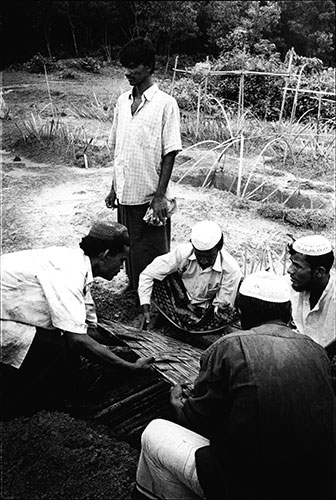 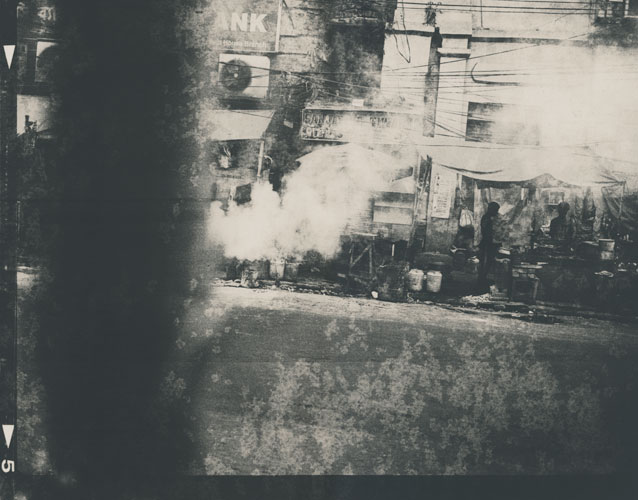 5
vis-a-vis Lal Dighi, (pool of blood) in Calcatta: here Lord Mountbattens one-man-army, Mahatma Gandhi, prevented a bloodshed during „the most Complex Divorce in History“ in 1947

6
man begging in the streets of Karachi. Many slum dwellers are forced by the police to leave their huts and flee into the city center where they end up living on the street 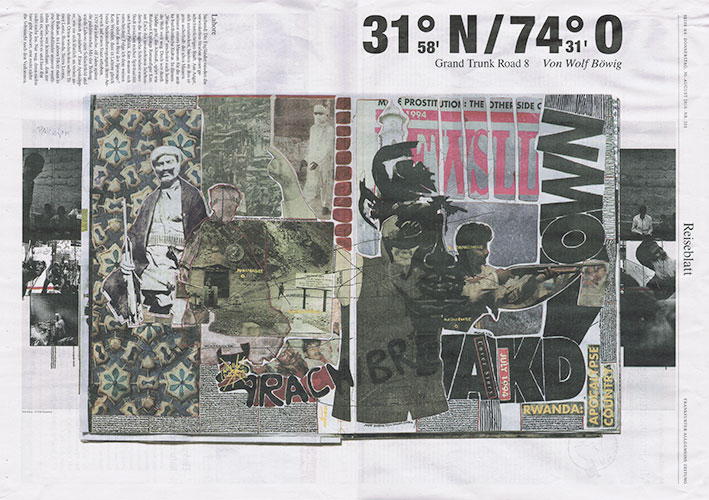 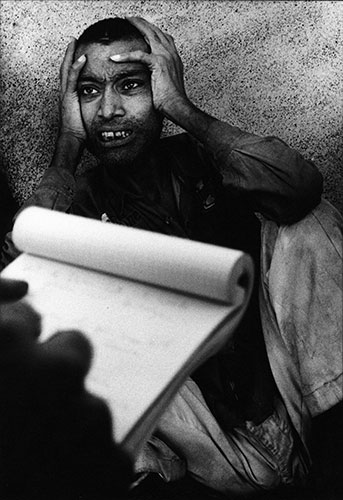 8
stranded in Quetta, the capital of Baluchistan. …an afghan from Kabul accounts atrocities he witnessed during the early nineties 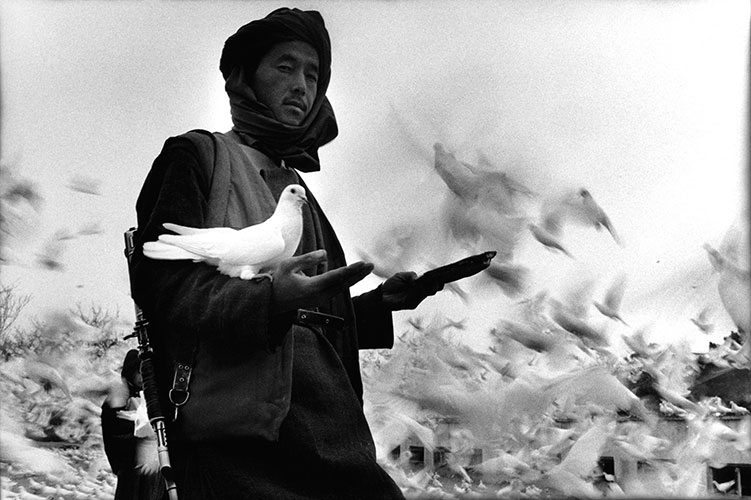 9
„ … then madness was very near, as I believe it would be near the man who could see things through the veils at once of two customs, two cultures, two environments“
T. E. Lawrence, Seven Pillars of Wisdom

10
Ahmad Shah Massoud, commander of the Nothern Alliance, near his headquaters at Rokhat 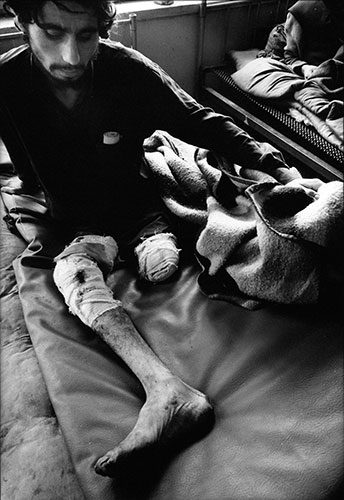 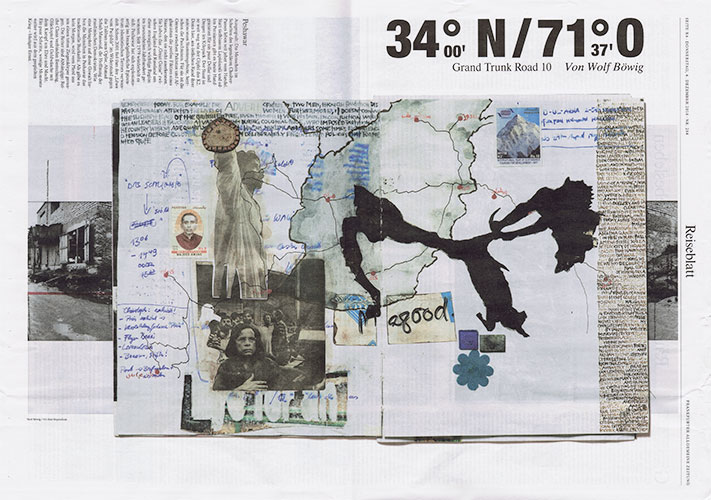 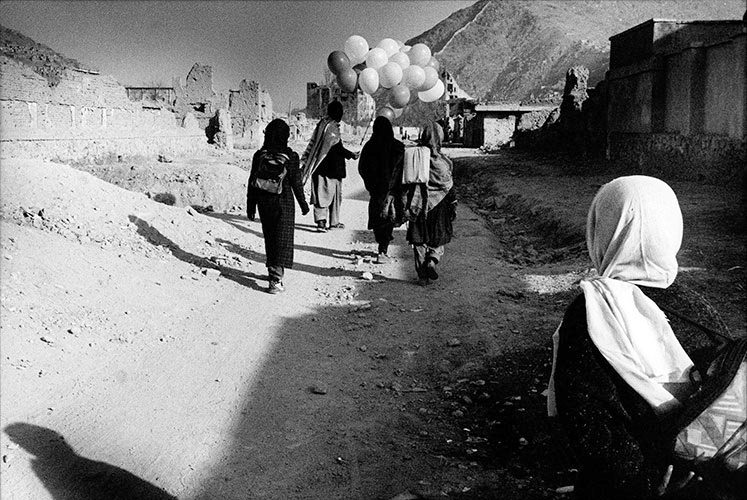 “The first cry of a newborn baby in Chicago or J’burg, in Amsterdam or Rangoon, has the same pitch of key, each saying, “I am! I have come through! I belong! I am a member of the family”
Carl Sandberg, The Family of Man

“
Wide open. Border crossings are positioned in no-man’s land and are full of interchangeable features: checkpoints, welcome signs, peace bridges. And yet you still find yourself in the middle of a war. Over the last few years, this war has also reached the border region with Uzbekistan in Northern Afghanistan. This is a place where life gets blown to pieces. A boy, walking through ruined streets, is reminiscent of a print entitled Angelus Novus by the artist Paul Klee. Klee produced it in 1920 in Munich, surrounded by the upheaval of the post-war period. Its subject is depicted with raised arms, as if to give a blessing, with his mouth wide open and unnaturally big eyes. He could be an orator. Butthe Jewish philosopher Walter Benjamin saw something very different in the figure. In March 1940, while in exile in Paris, he wrote in Paragraph IX of his essay ‘On the Concept of History’: ‘This is how one pictures the angel of history. His face is turned toward the past. Where we perceive a chain of events, he sees one single catastrophe which keeps piling wreckage and hurls it in front of his feet.’ Astorm ‘irresistibly propels him into the future’. For Benjamin, this storm was ‘progress’, and it is through the wide-open eyes of the New Angel that we see it for what it is: a force which leaves destruction in its wake. The boy has no wings. What does he see?
“
Habbo Knoch 2017 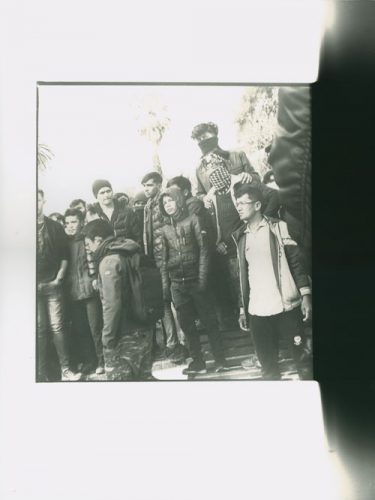 15
Moria and Vial: it is an obscenity, these camps, a festering hell of lost hope and inhuman squalor 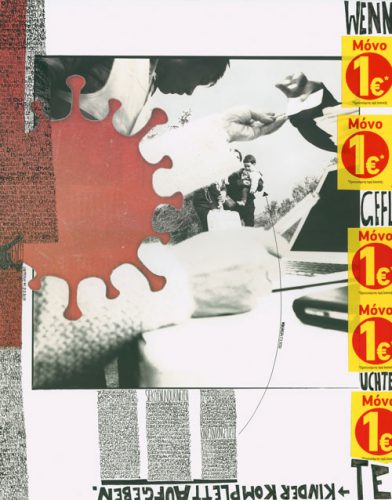 16
Dragia Horvat and her granddaughters Marija and Ivana 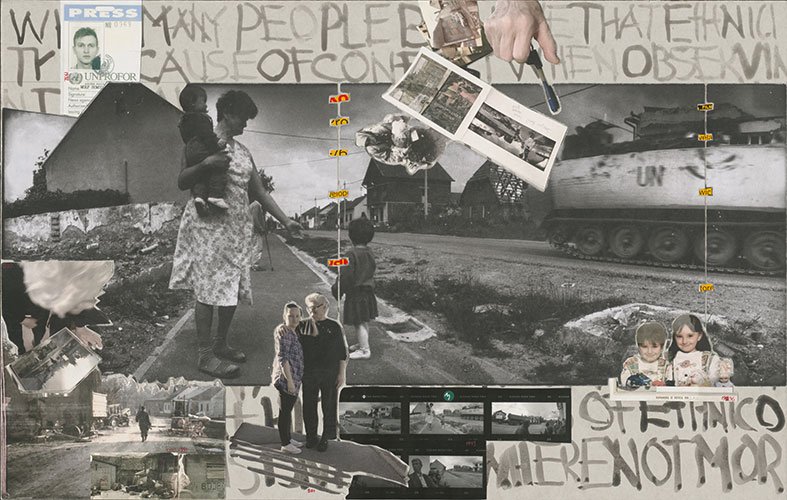 17
Collage for publication SIGNUM MORTIS: Dragia Horvat and her granddaughters Marija and Ivana 1993, 1997, 2019

18
on 14 June 1992, a group of 70 Bosniak civilians were locked en masse in a house on Pionirska Street, Višegrad. Some of the women were taken out and raped before being returned to the house. A grenade was then thrown inside, killing some. The house was then set ablaze and the occupants were left to burn to death. 59 people were killed but a handful survived. All of the survivors who were still alive came to testify before the ICTY Trial Chamber at the trial of Milan Lukić 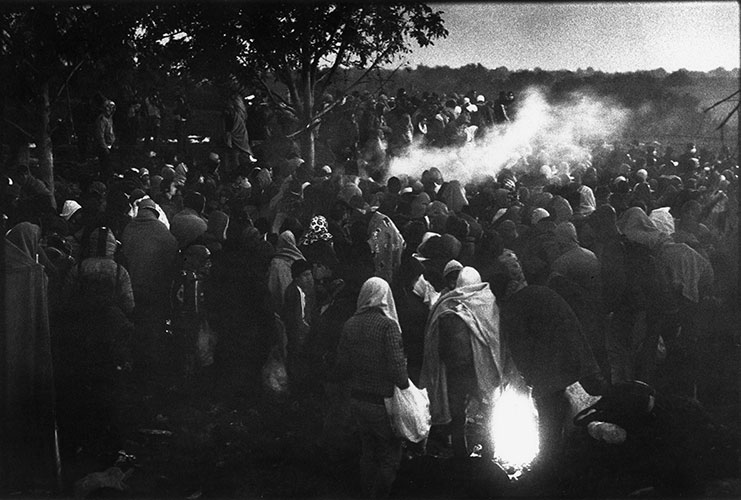 “
Stages of barbarity: First, destroy those who create values. Next, destroy those who know what values are, and who know that these values were created by the people before them, who have been destroyed. True barbarism then begins when there is nobody left who is capable of making a judgement, nobody who knows that the acts he is committing are barbaric
„
Ryszard Kapuscinski LAPIDARIUM 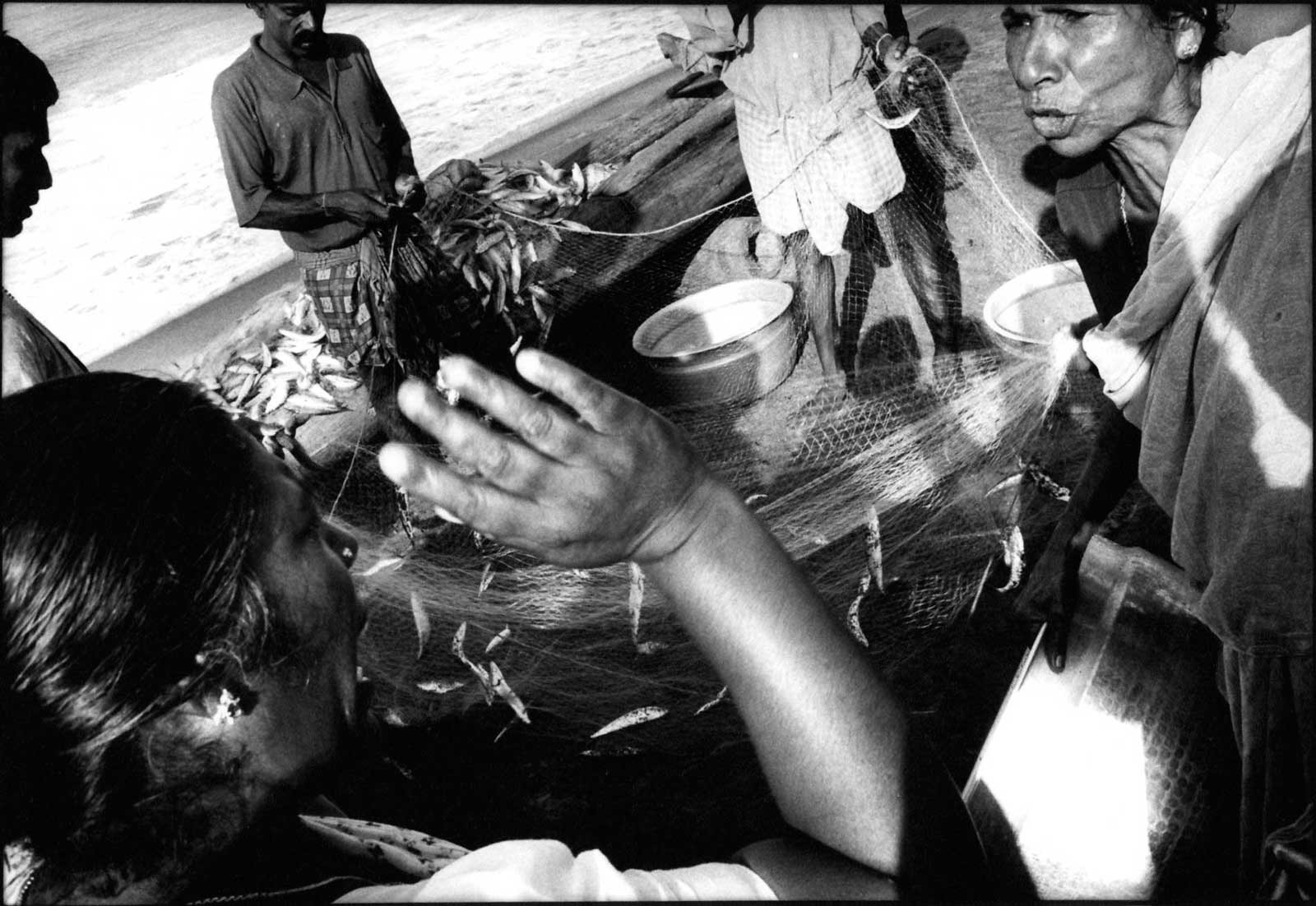